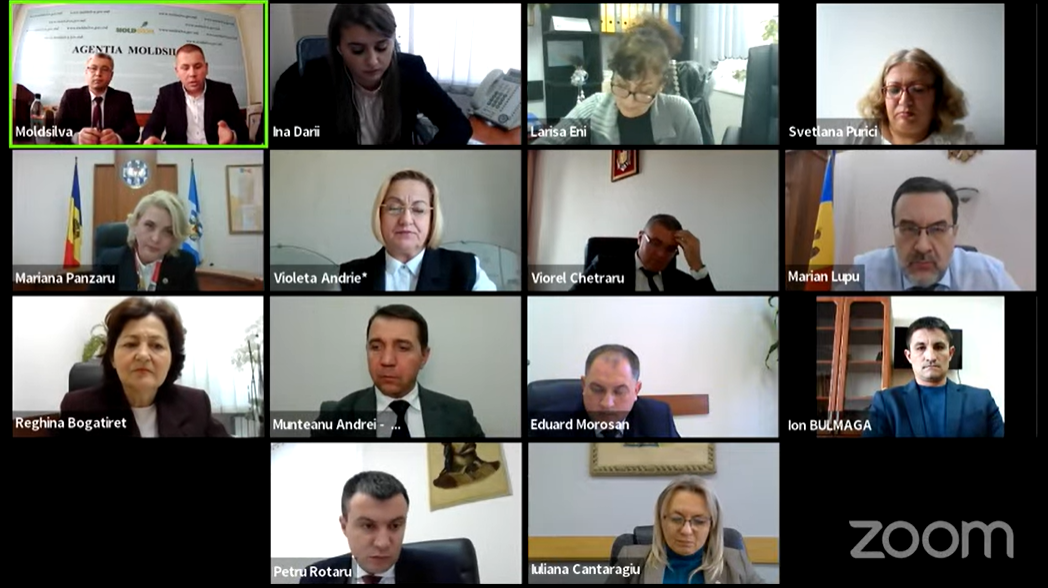 Forests have a multifunctional role and it takes a long time for them to form, and the importance of ensuring a good diversity of species makes sustainable use and conservation of forest resources a task of national importance.

In this context, the Court of Accounts of the Republic of Moldova (CoARM), on December 20, examined during an online meeting, the Audit Report on compliance of administration and management of the forest fund by the “Moldsilva” Agency.

During the meeting, the most significant shortcomings were presented, which were the basis for expressing the general audit conclusion, as follows:

One of the tasks of the Forest Guard is to ensure the direct protection of forests by combating and preventing illegal logging, destruction, damage or other illegal use of forest and land under forest. The analysis of the data from the annual activity reports of the Forest Guard during 2017-2020 shows that its activity was focused more on activities related to forest surveillance, than on combating the phenomenon of illegal logging, during 2017-2018, being detected a volume of wood obtained from illegal logging of only 254.69 m3.

In the same context, the audit found that there was a lack of centralized storage for the timber obtained from logging, which fueled the mismanagement of forestry entities in the inventory management process. For example, on the territory of the production section of Glodeni Forestry Enterprise, large quantities of wood production have been stored, which is kept contrary to technical norms, an imposing part being in a state of decay.

The situations found are a consequence also of the fact that, although the Forest Guard is in charge of control activities related to the management of the forest fund, the number of guards approved by the staff is insufficient, so that progress in combating and preventing illegal logging was not registered. In order to combat the phenomenon of illegal logging, the need to reform and fortify the Forest Guard Institute is obvious, with the examination of the practices of other countries.

According to the information presented by the Inspectorate for Environmental Protection, during 2017-2020, 1907 control documents were drawn up, with fines totaling 2.6 million lei and calculated damage being applied - 2.7 million lei. The degree of collection of fines during 2017 - 2020 amounted to 49.5%, or 1.3 million lei, and respectively related to the damage - of 21.8%, or 0.5 million lei.

The Court of Accounts emphasized that forest resources are one of the most important natural resources of the Republic of Moldova, which form one of the basic elements of the state's patrimonial assets, and their rational use, in the broad sense of the notion, is a guarantee for sustainable development at all levels - national, regional and local.

Weaknesses in the management of surface water bodies, protection zones and hydro technical constructions
The Court of Accounts presented the financial audit reports of the Government's reports on the execution of the three public budgets