Cimișlia ATU, topic of discussion of the CoARM's auditors within the PFCC 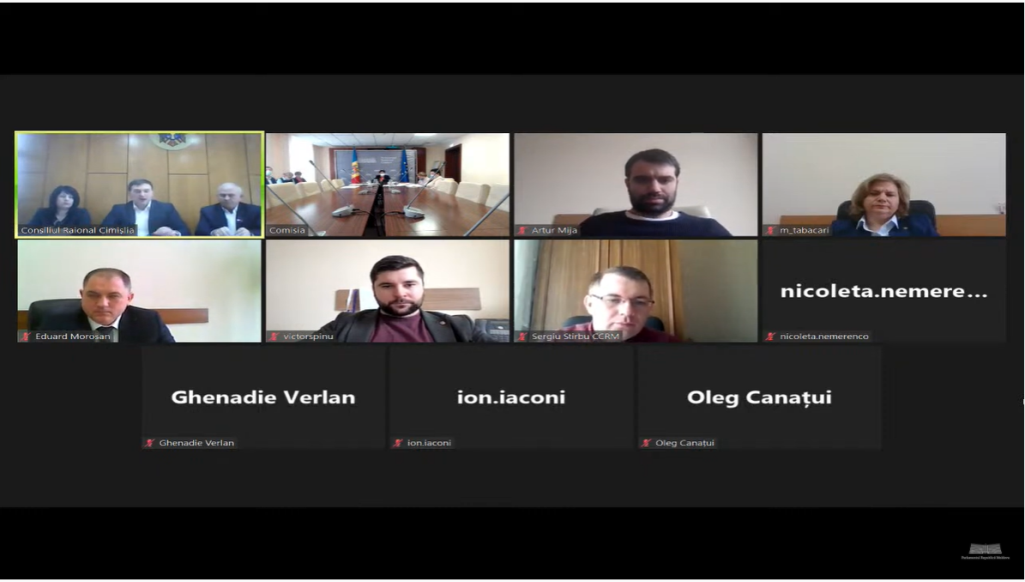 The Court of Accounts of the Republic of Moldova (CoARM) presented on March 16 this year, within the Public Finance Control Committee (PFCC) of the Parliament of the Republic of Moldova, the Audit report on the financial reports of the administrative territorial unit Cimișlia district concluded on December 31, 2020 (ATU/level II budget) and the Compliance Audit Report on the budgetary process and the management of the public patrimony in 2020 within the administrative territorial unit of Cimișlia district (ATU/level II budget).

A brief presentation of the Audit Report was made by Eduard Moroșan, Member of the CoARM, as well as by those responsible for the audit: Sergiu Știrbu and Maria Tabacari.

In the opinion of the Court of Accounts, with some possible exceptions, described in the Financial Audit Report, the financial reports of the ATU Cimișlia District Council provide, in all significant aspects, a real and accurate picture according to the applicable financial reporting framework. The main deficiencies identified relate to:

The audit was also limited in quantifying the value of the high-pressure gas networks with a length of 17,123 km, which according to Government’s Decision no. 683 from 18.06.2004, were transmitted to the enterprises of the JSC "Moldovagaz" system for technical service. Also, 17 gas networks with a value of 18.77 million lei were not inventoried properly, not being verified their quantitative-value existence and the existence of documents confirming their transmission for technical service to specialized companies (gas pipelines from Albina village, Mereni village, Ivanovca Nouă village).

The ATU Cimișlia did not ensure the compliant registration, in the Real Estate Register, of the patrimonial rights over the local public real estate. For example, the property right over the lands on which the summer camp "Izvoraș" from Zloți village is located, in which investments amounting to 15.24 million lei were made, is registered after the Republic of Moldova. Also is missing the registration of rights and value in the accounting records of the special constructions located in this camp.

The Court of Accounts reveals that, during the evaluated period, although the ATU Cimișlia has taken some measures to ensure a proper management of the budgetary process and the local public patrimony, there are still areas that do not meet the requirements and, implicitly, the spirit of regularity and good governance. Thus, there are deviations and irregularities, such as: failure to implement internal control procedures that would hold the parties involved in the budget process accountable; non-compliance with the procedures for the procurement of goods, works and services; irregular use of public funds to capitalize on investments and capital repairs; failure to ensure full registration of ownership, etc.

In this context, the Court of Accounts has made recommendations for remedying gaps, deficiencies, non-compliances, as well as for reducing the risks mentioned in audit reports.