MEGA 23 annual conference, with the participation of the representatives of the Court of Accounts 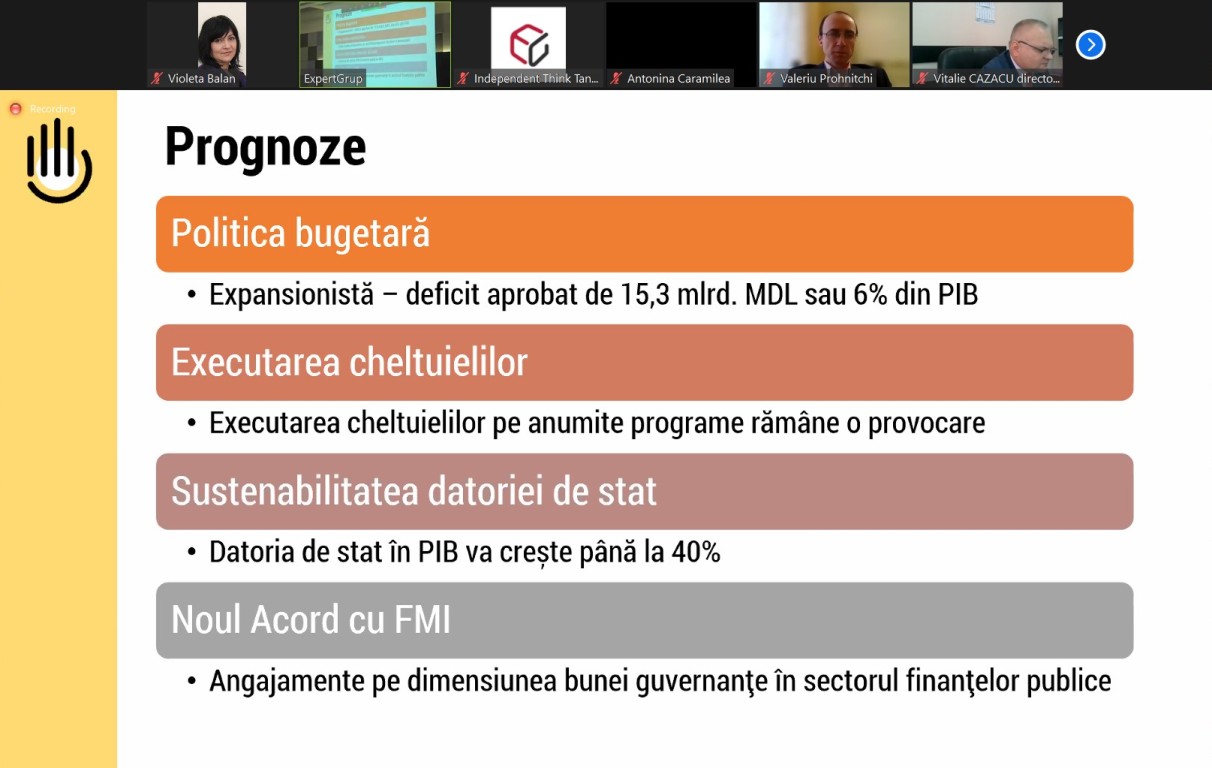 At the invitation of the Independent Analytical Center "Expert-Grup", the representatives of the Court of Accounts of the Republic of Moldova (CoARM) participated in the 23rd edition of the MEGA (Moldovan Economic Growth Analysis) conference entitled: "Economy and Public Finance in 2022: Preparing the Ground for the Local Government Reform".

During the event, was launched the 23rd edition of the MEGA economic magazine, a publication that represents the analysis of macroeconomic and sectoral trends outlined during 2021 and provides the forecast of the main economic indicators for 2022.

The conference served as a platform for discussions on the most important economic developments and risks, including the dynamics of governance and reforms in Moldova related to the budgetary framework.

We mention that the MEGA conference is organized within the project “Inform, Enable, Act! Civil Society for Better Governance in the Republic of Moldova”, funded by the European Union and the Konrad Adenauer Foundation and implemented by the Independent Analytical Center “Expert-Grup”, as consortium leader, by the Institute of European Policies and Reforms (IEPR) and the Center of Eastern European Studies (CEES) in Vilnius, Lithuania.