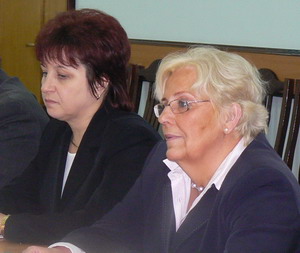 The third Steering Committee meeting for the “Cooperation for Institutional Development of the Court of Accounts of Moldova” Project took place on 28-29 August 2008, in Stockholm, Sweden. The participants to the meeting reported on the progress so far in the implementation of the plan for the first half of 2008, and determined the activities foreseen for the second half of the year. the general objective of the this project is to contribute to the consolidation of the Court of Accounts capacity to carry out better audits and to promote higher accountability and more efficient management of public finances. The cooperation between the CoA and Swedish National Audit Office focuses in particular on aspects related to profession building, financial/regularity audit, and it also includes a range of issues associated with the CoA institutional strengthening. There were mentioned some of progresses achieved so far: the development of a new draft Law on the Court of Accounts in accordance with the international standards which has already been officially sent to the Moldovan Parliament for approval. In terms of profession building, the regularity audit concept was further implemented and tested in some pilot attestation audits. To promote a better impact of the CoA activity, a new and reader-friendly structure of the Annual Report on Public Finance Management was used and the new report has been presented in Parliament. Also, a clear delimitation was set out between the accountability of the CoA President as budget executor and his/her role as the Parliament’s watchdog.

Meeting of the Presidents of the Supreme Audit Institutions of the SEECP
Implementation of the Professional Competences Framework, discussed with the CoARM's employees