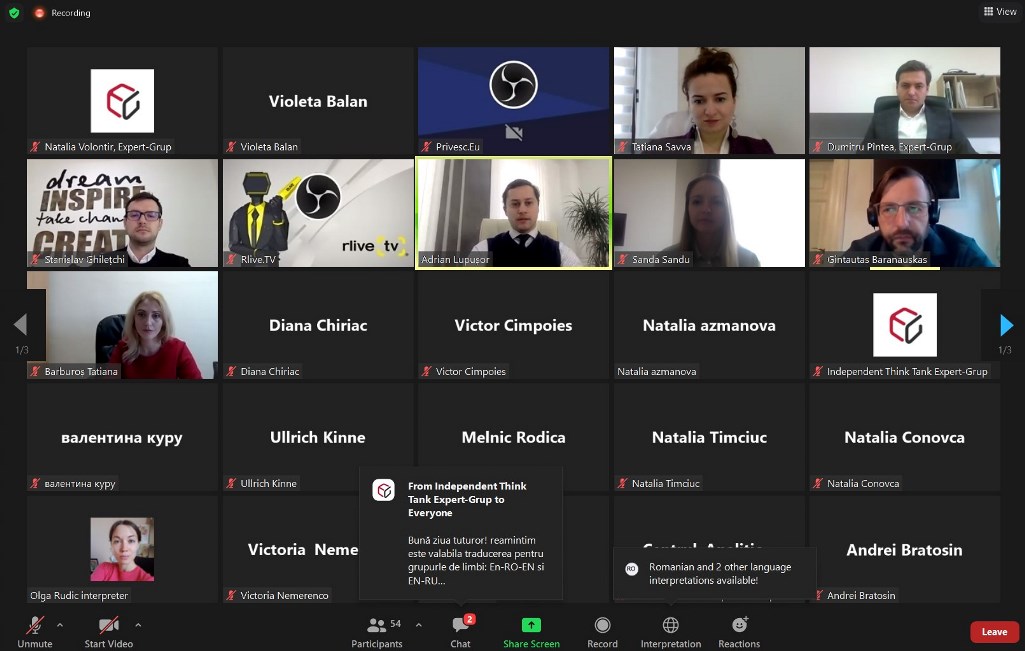 Corruption, political patronage and the low capacity of public authorities to respond adequately to the needs of citizens are factors that continue to determine the low level of development of the Republic of Moldova.

There are several topics addressed within the presentation of the study "Political clientelism and local public investment: evidence, risks and solutions", which was attended by representatives of the Court of Accounts of the Republic of Moldova (CoARM).

The event was organized by the Independent Analytical Center "Expert-Grup" in partnership with the Institute for European Policies and Reforms (IEPR), the Konrad Adenauer Foundation and the Center for Eastern European Studies (CEES, Lithuania), on November 16.

The event also brought together representatives of central and local public authorities, and civil society.

The purpose of the document was to identify the phenomenon of political clientelism in the financial allocations from the central level to local public authorities and to assess its impact both on an aggregate level and on an individual level, on different types of funds. According to this edition of the study, the allocation of budgetary sources from the central to the local level on political criteria continues to be a common practice, as revealed by the State Budget for 2021. Participants in the event addressed several topics on the scale of political clientelism in 2018-2021 and possible implementation reforms to address these issues, etc.

We mention that the updated edition of the study on political clientelism in public funds management was developed within the project “Inform, enable and act! Civil Society for Better Budgetary Governance in Moldova” co-financed by the European Union and the Konrad Adenauer Foundation and implemented by “Expert-Grup”, IEPR and CEES, Lithuania.